Heat Merchants Group has been named as one of Ireland’s Best Managed companies in the Deloitte Best Managed Companies Awards Programme and this year we are delighted to receive and retain the Gold Standard award in a virtual cermony held in September 2021.

The Deloitte Best Managed Companies programme, in association with Bank of Ireland, promotes and recognises excellence in Irish owned and managed companies. It is the only awards scheme on the island of Ireland that considers a business’ performance from every perspective. Entrants to the programme will compete for this designation in a rigorous process that evaluates the calibre of their management abilities and practices.

With the new winners announced in September 2021, there are now 139 companies that are recognised as Ireland’s Best Managed Companies. This network of companies has a combined turnover of €8.5 billion and employs a total of 40,000 people.

'The quality of the applicants demonstrated the extraordinarily high-quality businesses operating across the island of Ireland today. In a relentlessly challenging year, the winning companies displayed true bravery in how they adapted to change, with many innovating and some even accelerating their plans for their businesses' 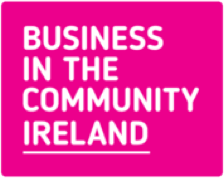